Where Do Bugs Go in the Winter?

In New Jersey and Pennsylvania, bugs are less common inside of human made structures such as homes and businesses. When the weather starts becoming warm in the spring, bugs begin resurfacing and continue through the fall. Do bugs hibernate? Do bugs die in the winter? Questions such as these come to mind when you suddenly realize there are suspiciously low levels of bugs in your house in the winter.

Are there bugs in my house in the winter? 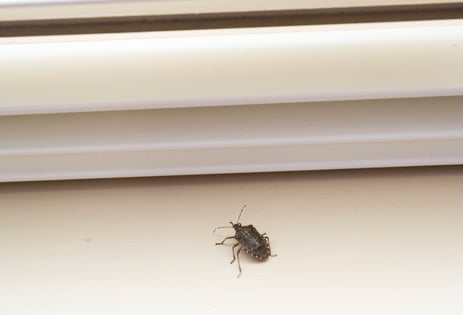 We want to think the answer is no, but pests are often dormant, hiding out of sight in your home. Several insects that pester our area including brown marmorated stink bugs, ladybugs, boxelder bugs, and cluster flies. To escape the cold and survive the winter, they find small openings in chimneys, cracks in the foundation of your home, and other spaces that aren’t properly sealed, to enter wall voids. This means you could potentially have hundreds of bugs in your walls, just waiting until spring comes to leave. When it warms up, they leave and go back outdoors. This is why you’ll see these pests mostly in fall and spring. For the most part, these pests are harmless and are more of a nuisance than anything else. By sealing up holes and repairing broken screens, vents, and windows, you’ll significantly reduce the chance of winter infestations.

Hibernation varies from insect to insect. Bugs like ladybugs stink bugs, paper wasps, and boxelder bugs will hide in wall voids for warmth and protection before leaving to live outdoors in the spring. You may see one or two in your living space during the winter, but that’s about it. When you see an influx of activity from these pests, it’s not because they are infesting your home, but rather they are exiting to live outdoors now that the cold weather is over.

Pests can also be a problem year-round when they live indoors, hidden in areas with the least amount of foot traffic such as basements, garages, and attics. Among these pests are silverfish and spiders. Given the easy access to food and water, pests such as ants and cockroaches can live indoors all year round. Bed bugs can also thrive in environments that humans are comfortable living in. Other pests go more dormant for the duration of the winter, staying out of sight in a frozen-like state until spring comes. This is the case for common pests that you’ll find around your home in the spring and summer such as mosquitoes.

In general, insects that survive either enter diapause (a period of suspended development), hide, or create their own anti-freezing agent. 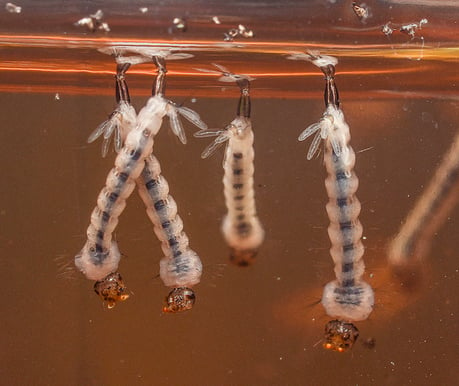 Pictured Above: Mosquito eggs in a state of diapause    Photo Credit: PestWorld.org

What are snow fleas? 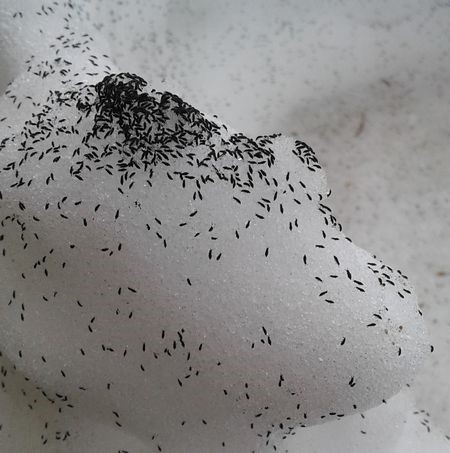 Snow fleas are another name for springtails, which are not fleas at all. One of the ways that you can occasionally see springtails is while you’re shoveling snow. They live in leaf litter and soil underneath the snow and look like the dirt of black flecks against the white snow when they’re uncovered. These jumping pests are mistaken for “fleas” because they behave in the same way. It’s no wonder that people who don’t encounter springtails in their home refer to them as snow fleas. According to PestWorld, springtails can survive the winter because they possess a unique protein that acts as an anti-freeze, enabling them to survive year round.

Do mosquitoes and ticks die in the winter?

Just because you don’t see mosquitoes or ticks doesn’t mean they’re dead and gone. Mosquitoes, in particular, have developed a successful way to prevent dying off with the freezing temperatures in New Jersey and Pennsylvania during fall and winter. In the fall, adult mosquitoes lay eggs in stagnant water, then die when temperatures consistently stay below 50°F. The eggs remain dormant over the winter in a state of diapause that stops development to remain preserved. Mosquito eggs hatch when warm weather comes again, developing into the blood-sucking pests we so desperately hate to encounter. 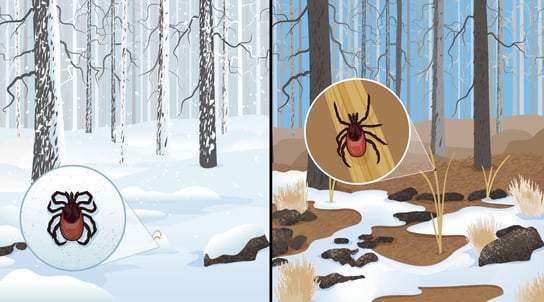 Tick activity generally decreases in the fall and winter. However, it’s not really until the first frost that ticks become less of a threat. The blacklegged tick (the tick that carries Lyme disease) is an unfortunate exception to the rule. The dangerous blacklegged tick can survive until temperatures drop below freezing. By living beneath the snow on the unfrozen ground, ticks and come out on warmer winter days. This opens up the possibility for tick bites and disease transition to humans and pets spending time outdoors.

Does a harsh winter mean fewer bugs in the spring?

Several factors go into the survival of pests and/or their eggs and offspring throughout cold temperatures. Some bugs such as ticks can survive underneath snowfall if the ground is warm enough, whereas pests such as ants that are left exposed can die off more easily. Just one day of warmer weather in winter can cause pests to emerge because they think spring is here. So the answer is yes and no. Numerous factors go into impacting individual pest lifecycles, so it’s very challenging to predict.

How can Cooper prevent winter pests at my home?

Cooper Pest Solutions is here to solve your pest problem no matter what season. Depending on your needs, we have both one-time programs that target a single pest with 90 days of coverage as well as year-round home maintenance programs that ensure you’ll be protected against over 20 common household pests. More specialized programs are also available for pests such as mosquitoes, ticks, termites, and bed bugs.

If you’re concerned with any of the overwintering pests discussed in this blog post, seasonal programs are available. We provide preventative treatments before stink bugs, boxelder bugs, lady bugs, and cluster flies become a problem for you and your family. Depending on the pest, treatments start in mid-August and continue through October. Year-round coverage is not provided because these pests are not usually a year-round problem.