How To Keep Stink Bugs Out Of Your Home

Stink bugs are primarily agricultural pests that target crops such as corn, soybeans, tomatoes, apples, peaches, and pears. But it doesn’t stop there. Walnut and maple trees along with rose and honeysuckle bushes are among a variety of ornamental trees and shrubs that they target. These are common types of foliage that may be around your property or your neighbor’s property.

What attracts stink bugs to my house?

Warmth is the biggest draw for stink bugs to claim your home as theirs. When October rolls around, stink bugs look for a place to stay during the cold months. They “overwinter,” which is just like how animals hibernate. Human made structures such as houses and office buildings are common targets for stink bug invasions during the fall. They provide shelter within wall voids to avoid dying off in the cold. Another reason why stink bugs in your area are attracted to your home is that just like other flying pests, stink bugs are attracted to light which can be any light on the outside of your home. If there are any small openings around where the light fixture meets the exterior of your home, there is a potential entry point. 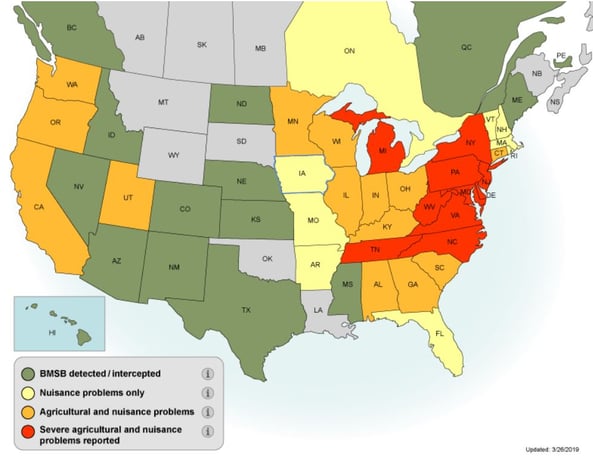 StopBMSB.org notes that New Jersey and Pennsylvania are especially at risk, specifically meaning “severe economic damage to susceptible commodities in the absence of control measures, widespread infestations of homes and businesses in the fall/winter.” The first sighting of the brown marmorated stink bug (the most common type of stink bug in New Jersey and Pennsylvania) in the United States was in Allentown, PA in 1998. Because brown marmorated stink bugs are not native to the United States, it’s widely believed that they were accidentally brought over on a shipment from Asia. Now that they’re here, it’s been impossible to suppress their escalated infestations. Farmers, business owners, and homeowners alike are all suffering as a result of the inability to stop them completely.

How long do stink bugs live in a house? 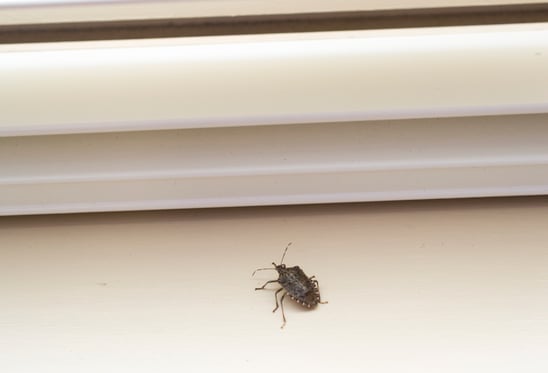 By secluding themselves in wall voids, stink bugs can survive the winter that would otherwise kill them outdoors. The average lifespan of a brown marmorated stink bug is 6-8 months, but they only stay indoors during the fall and winter.

The breeding cycle of a brown marmorated stink bug begins with the development of an egg growing, then hatching into a nymph. Nymphs look just like adult stink bugs that you likely have seen around your home, but they are much smaller. After several stages of molting, the adults emerge in the spring, typically between April-May. Mating takes place, starting in May, and ends before fall. The cycle completes with the hibernation within wall voids of human made structures during the cold months.

Can stink bugs hurt you?

Stink bugs will not hurt you, and they won’t cause damage to your home. If you’ve witnessed a stink bug infestation in your office or home, you know how frustrating it can be. Not only do they fly, but they’re also not afraid to bump right into you or crawl onto your toothbrush. Their presence is a major nuisance for those who have recurring stink bug issues each autumn. Stink bugs alert others of a suitable overwintering structure by releasing a distinct pheromone. By following the scent, stink bugs can aggregate in large numbers. Contrary to popular belief, the scent of a crushed stink bug does not affect the number of stink bugs that you will or will not see. The unpleasant scent you experience from stink bugs is the only harm they’ll cause.

Why do stink bugs smell?

Stink bugs release a natural odor from their specialized glands when they are disturbed or crushed. Most people that come into contact with the pest say that they smell like cilantro. Cilantro is a wildly popular herb that is used in cooking some of our most loved dishes. So why is it that stink bugs are stinky and cilantro smells great? The answer may be in the way we perceive smell. If you think a bug will have a foul odor, then you may not like the odor you are associating with this insect. If you are interested in learning more about stink bug smells and their effects on humans, read this article.

Will stink bugs go away on their own?

Stink bugs are one of the most difficult pests to eliminate. Don’t panic! There are some precautionary measures you can take to prevent stink bug infestations on your own. While these tips will not prevent stink bugs with 100% success, but they will offer some relief if taken care of before stink bug season begins.

Because stink bugs live indoors to escape the cold, they will leave your home to breed and seek a food source once the weather warms up. Stink bugs will not reproduce or eat during the overwintering phase. 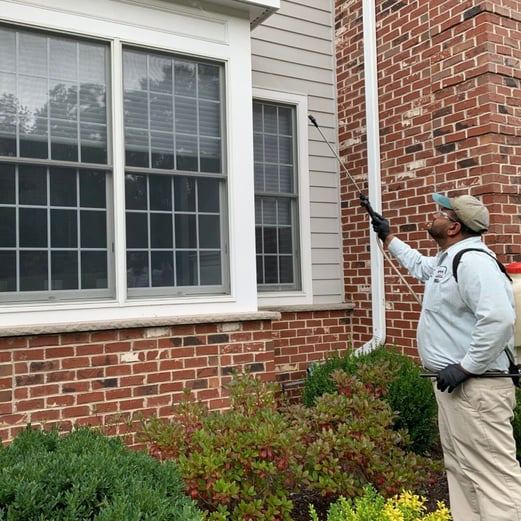 The most effective stink bug treatment is to prevent them from entering your home. This service focuses on chemical applications to the exterior of the structure and prevents the stink bugs from taking up residence in your home for the winter.

To schedule a free stink bug inspection or to learn more about our stink bug services, give us a call at 1-800-949-2667 or fill out the contact form on this page.