Stink bugs are insects that can be found year-round in the New Jersey and Pennsylvania area. They become peskier when the weather cools down in late August and early September as they move indoors to seek shelter and warmth. Throughout NJ and PA, the most abundant stink bug is the brown marmorated stink bug which you can see pictured below. 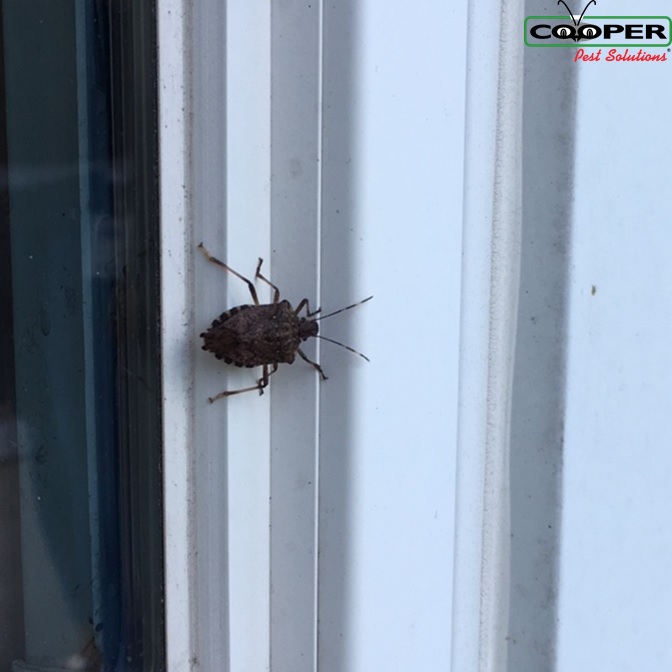 This stink bug was found on the outside of the Cooper Pest Solutions headquarters building.

Stink bugs, also called “brown shield bugs,” are small, brown insects that invade homes in the late summer and early fall. They are about ½ inch in length and come in various shades of brown, with 6 legs and a set of antennae. Stink bugs are often mistaken as kissing bugs and vice versa. It can be easy to differentiate the two if you know what physical features to look for.

Where do stink bugs live?

In the wild, stink bugs live anywhere they can maintain their diet of fruits and other plants such as apples, figs, peaches, soybeans, citrus fruits, weeds, and mulberries. Peach fields and other crops are perfect breeding grounds for stink bug activity. At the end of the summer, stink bugs make their way into human-made structures such as residential homes, living within wall voids to keep warm all winter long.

What is the difference between stink bugs and kissing bugs? 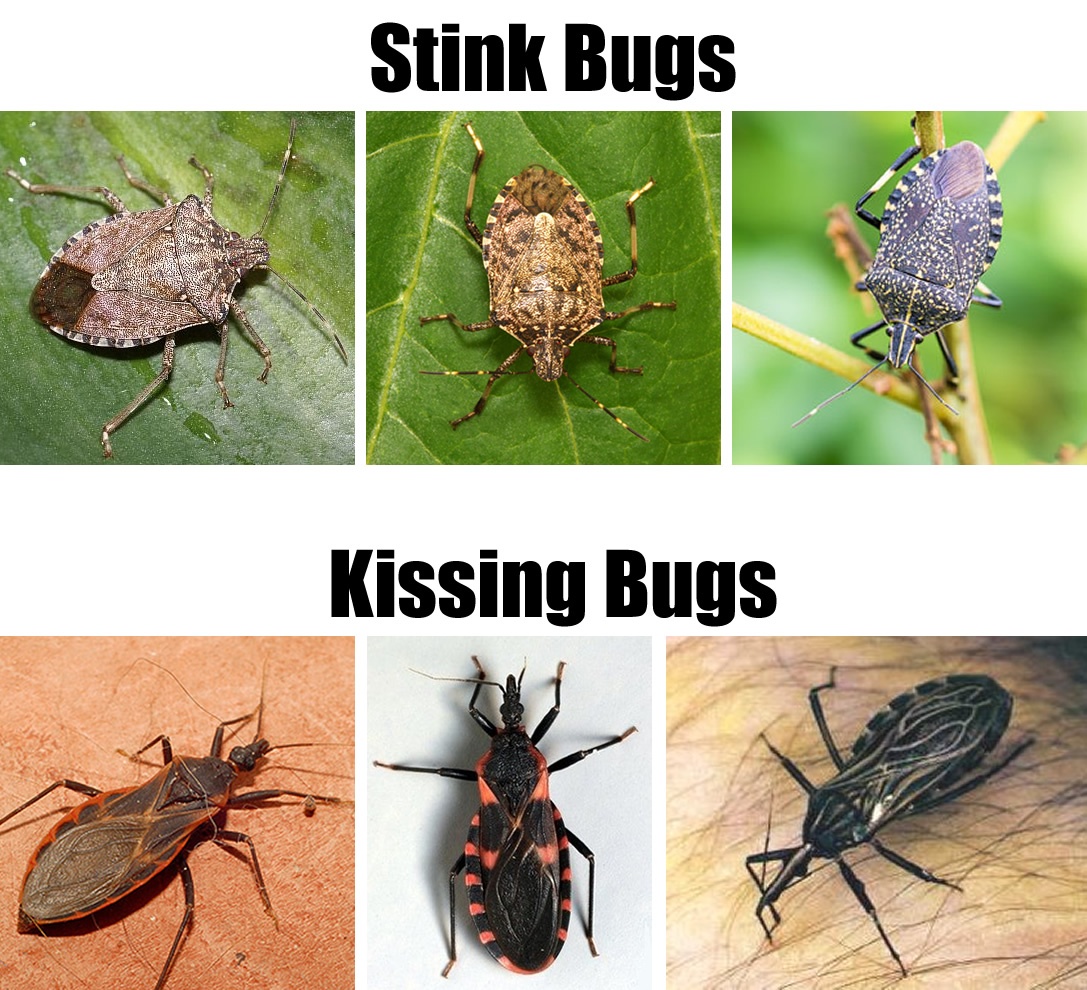 While there have been some sightings of kissing bugs in NJ and PA the past few years, currently, kissing bugs are not a significant problem or cause for concern in our area. In your day to day routine, it is highly unlikely that you will encounter a kissing bug. While kissing bugs may be confused with stink bugs, because of their similar features and size, the differences in the two pests are described below.

According to Texas A&M University, “Kissing bugs can be recognized by their 'cone-shaped' head, thin antennae, and thin legs. All of the U.S. species are mainly black or very dark brown, with red, orange or yellow 'stripes' around the edge.” They are ¾ - 1 ¼ inches long, which is typically larger than the average brown marmorated stink bug. Unlike stink bugs, kissing bugs can bite. Their bite is not known to be very painful because they want to go undetected while they suck blood from the faces of their victims. Because of this behavior, kissing bugs are known to spread Chagas disease. Symptoms and complications of Chagas disease can be swelling of the eyelid (a common place to find bites), vomiting, fatigue, and fever. If the disease progresses, both cardiac and intestinal complications can occur, often resulting in death. Luckily, Chagas disease is not common in the United States, but most found in Latin America.

Where do stink bugs come from?

The first recorded finding of a stink bug in the United States was in 1999 in Allentown, PA., which is only about 70 miles west of the Cooper Pest Solutions headquarters in Lawrenceville, NJ. Stink bugs are not native to the United States. Although the true source of their introduction is unknown, it is most widely believed they stowed away on crates shipped over from Asia.

Watch the video above for more information about the brown marmorated stink bug from Gary Hevel, Public Information Officer and Entomologist at the Smithsonian’s National Museum of Natural History.

Stink bugs release a natural odor from their specialized glands when they are disturbed or crushed. Most of our clients say that stink bugs smell like cilantro. Cilantro is a wildly popular herb that is used in cooking some of our most loved dishes. So why is it that stink bugs are stinky and cilantro smells great? The answer may be in the way we perceive smell. If you think a bug will have a foul odor, then you may not like the odor you are associating with this insect. If you are interested in learning more about stink bug smells and their effects on humans, read this article.

Stink bugs do not bite. They do not have fangs or a stinger but instead have a sucking mouth part. They are attracted to plant matter and fruits, including the fruit from trees that drop long bean pods, rather than seeking human flesh. Stink bugs do not pose any significant health risk to humans because they avoid areas of high traffic, taking shelter in wall voids away from predators. The only negative impact they have on humans is their presence being a nuisance. If they are crushed, they have a foul odor which is unpleasant. Stink bugs make their way walls in great numbers, sometimes reaching thousands, which can also add common aversions.

How can I get rid of stink bugs?

Once stink bugs have invaded your home or office, there isn't much that can be done to get rid of them aside from removing or killing them as you see them and waiting for them to leave on their own. Regardless, of what other pest control companies may tell you, it is close to impossible to remove these fall bugs once they have overwintered in your home aside from vacuuming them as you see them. Additionally, stink bug traps are also very ineffective since they are intended to treat the problem once it is too late.

In order to prevent potential stink bug infestations, make sure that they cannot enter, to begin with. Sealing up cracks and crevices around the foundation of your home, fix ripped screens or openings around windows and doors. Screen louvered attic or soffit vents with window screening. Anywhere that exposes your home to the outside world can become an easy way for stink bugs to enter.

Where can I find the best stink bug exterminator near me?

Cooper Pest Solutions provides preventative brown marmorated stink bug services to prevent overwintering activity before it becomes an issue. This service comes with a 100% guarantee if performed between August 15th and September 30th. The service can reduce stink bug populations in your home by 90%-100% per year! Our preventative stink bug service in NJ can be performed after September 30th, but there will not be a guarantee. The weather in New Jersey and Pennsylvania can be challenging to predict when summer changes over to fall. Stink bugs begin entering homes when the weather becomes cold, which can vary year to year. For that reason, stink bug prevention is best performed as early as possible for maximum coverage.