Spring is here…and so are the Stink Bugs

As we are emerging from our own winter hibernation and are basking in the warm spring sunlight, stink bugs are right alongside us doing the same thing. Just like the spring awakens us, it also brings out all the overwintering insects like stink bugs. 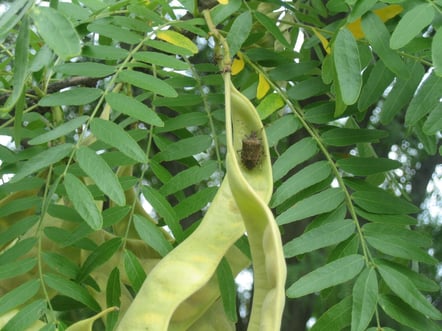 How do you know if you have stink bugs overwintering in your home? It will be evident as soon as the weather warms up and you start to notice stink bugs inside of your home trying to make their way back outside.

What is a Stink Bug? 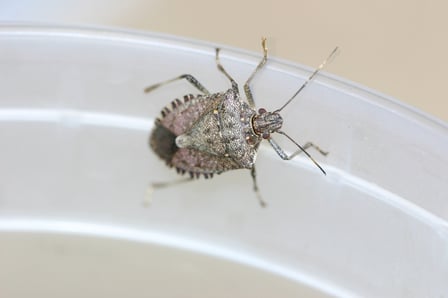 The Brown Marmorated Stink Bug was accidentally introduced into the United States from Asia sometime between 1996 and 1999 in Allentown PA. Stink bugs are ½ inch long, shield-shaped, and various shades of brown. They get their name because of the scent that they emit when crushed.

These insects are primarily an agricultural pest and feed on a wide variety of fruits and vegetable crops, as well as seeds and berries produced by trees and ornamental plants. Although they pose no harm to humans, they can be troublesome for homeowners if they invade a home in large numbers, which can be frustrating when they become active.

How Did Stink Bugs Get Inside My Home?

Stink bugs make their ways indoors beginning in the late summer to overwinter in homes. Once they enter a structure, they will stay active all winter long. As the weather warms up and spring arrives, stink bugs will emerge throughout your home as they try to make their way outdoors once again.

Typically stink bugs enter homes through various crack and crevices but once they enter the wall voids of the home to overwinter, they can be difficult to control.

How Can I Prevent Stink Bugs From Entering My Home?

Stink bugs can be prevented by treating the home before the enter, however, once they have invaded your home or office there isn't much that can be done to get rid of them aside from removing or killing them as you see them and waiting for them to leave on their own.

Regardless of what other pest control companies may tell you, it is close to impossible to remove stink bugs once they have over-wintered in your home aside from vacuuming them as you see them. Additionally, stink bug traps used to monitor the pest during the summer months are ineffective  during the cooler months when they are overwintering inside of a structure.

There are a few ways homeowners can help discourage stink bugs from entering your home.

How Cooper Pest Solutions can Treat and Prevent Stink Bugs

Since stink bugs can often be difficult to control, you want to choose a pest control company that understands how to effectively treat and prevent them from entering homes.

The most effective treatment for stink bugs is to prevent them from entering your home with a Cooper Preventative Service. This service takes place in the late summer or early fall, but will become less effective the later it takes place in the fall. If you enroll in the service prior to September 15th, stink bugs can be prevented from invading your home. This service focuses on chemical applications to the exterior of the structure and prevents the stink bugs from taking up residence in your home for the winter.

If you have noticed an increase in stink bug activity in your New Jersey or Pennsylvania home, give Cooper Pest Solutions a call at 1-800-949-2667 or fill out our free estimate form. One of our skilled representatives will evaluate your stink bug infestation and determine the best solution for your family.