How To Tell If You Have Bats In Your Attic

Unless you’ve experienced bat nesting in your home, it’s probably something that’s not in the forefront of your mind. Bat nesting is a sad reality for some homeowners in New Jersey and Pennsylvania, sometimes resulting in a scenario reminiscent of Halloween. Whether you think they are cute or scary, bats may cause serious problems when they decide to nest in your attic. They are a health risk because of their droppings and potential to bite.

What kind of bats live in New Jersey and Pennsylvania? 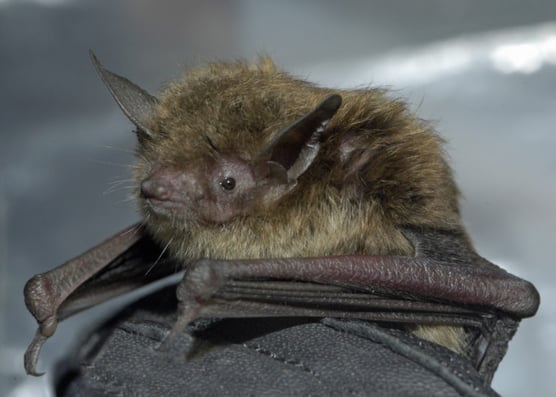 Little Brown Bats are about the size of your thumb, with a wingspan of about 11 inches. Its fur is brown with darker spots on its back and upper body, with lighter spots on its chest and belly. According to batrescue.org, “a single little brown bat can eat up to 1,000 mosquitoes in a single hour, and is one of the world’s longest-lived mammals for its size, with a lifespan of almost 40 years.” Little brown bats are not territorial, putting you at risk for a large number of bats gathered in a single roost. 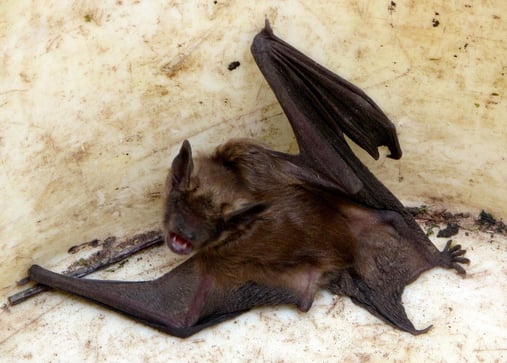 Big Brown Bats are the most common species in New Jersey. They have an average wingspan of 13-16 inches which is a large difference compared to the little brown bat’s wingspan of only 11 inches. The fur of a big brown bat ranges from light to dark brown, with black on their muzzle, ears, and wings. Ongoing testing has proved that Big Brown Bats are significantly more likely to carry rabies than Little Brown Bats. In addition to your home, big brown bats are also known to roost in barns, accessing them from small holes in loose siding.

What attracts bats to your house? 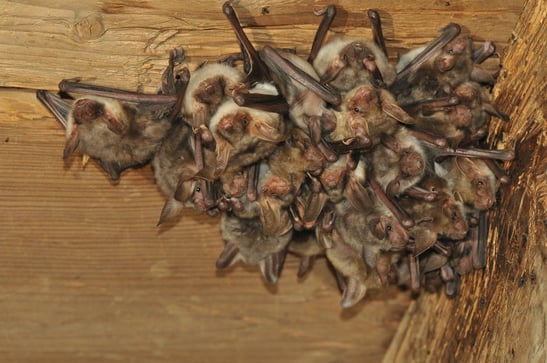 When bats nest indoors, they find areas that are dark, undisturbed, and have easy access to the outdoors so they can feed at night. Such places include attics, wall voids, chimneys, and barns. According to The National Wildlife Federation, bats can withstand a temperature change of nearly 120 degrees Fahrenheit without suffering any damage during their overwintering phase. It’s not uncommon for homeowners to go several years without knowing that bats are nesting because they become so secluded.

The top signs that bats are in your house are:

If you see a bat in your closet or living room, it probably got there by accident. Bats can find openings in the attic that they think lead outside, only to find themselves lost in your bedroom and unable to find their way back.

Are bats good to have around my house?

According to the Rutgers New Jersey Agricultural Experiment Station, bats are incredibly misunderstood. “Contrary to popular perceptions, bats are not blind. Rather, their eyes are specifically adapted for maneuvering under low-light conditions, helping them to detect prey and avoid obstacles. Many nectar-feeding bats can also see ultraviolet light, helping them to locate flowers during the nighttime hours.”

Bats found in New Jersey and Pennsylvania are mainly insectivorous, along with 70% of all bats. Mainly nocturnal mammals, bats are helpful in reducing mosquito, moth, caddisfly, midge, and other small insect populations in the area. By using echolocation, bats are able to detect the size and movements of their prey with accuracy. If you have bats near your home, you’ll be able to hear their small clicks flying overhead at night.

Why do bats keep coming into my house? 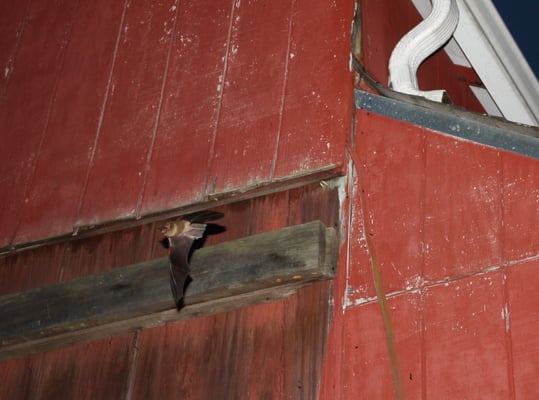 Pictured Above: Big Brown Bat entering under the loose siding of a barn  Photo Credit: New Jersey Division of Fish and Wildlife

Bats are creatures of habit. They will return to the same spot year after year if they can get to it. That means if you don’t seal up entry points, the same bats will most likely return. Bats have 1-2 pups per year which they keep tucked away in the privacy of your attic or chimney.

If you don’t take action by calling your local pest or wildlife control company, you put yourself at risk of getting bit. Bats can carry rabies which is transmittable to humans via their saliva.

What can I do to get rid of bats in my attic?

According to New Jersey state law, there are very specific times of year that you can legally get rid of bats that are nesting in your home. The lifecycle of bats native to our area dictates the times that exclusion work can take place (highlighted in green) and the times that exclusion work cannot take place (highlighted in red).

For this reason, sealing up a home with pups living inside will result in death because they are too young to escape.

The only time that bat exclusion services can be rendered are:

If you’re looking to get rid of bats on your own without the help of professionals, there are a few things to keep in mind.

The New Jersey Department of Health even states, “The only permanent method to get rid of bats from a home, and keep them out, is to exclude them by bat-proofing.”

How much does it cost to get bats out of your attic?

Bat control is typically priced according to the size of your home and the scope of work needed to provide true preventative services. For example, if bats are only coming out of one entry point, bat control programs will generally be less expensive than homes that have multiple exposed entry points.

In most cases, township Animal Control departments do not remove bats from homes or barns. If you have questions about bat removal policies in regards to your town or county, please contact your local Animal Control office.

For further info please call our office or fill out the form on this page.